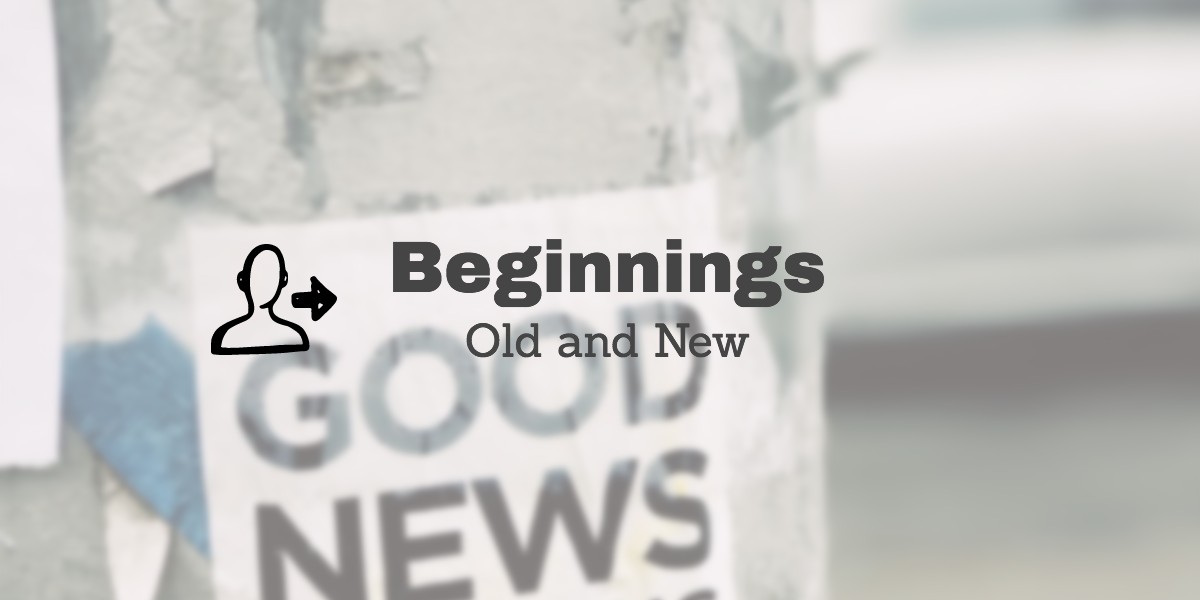 That’s what I told my brother, with an impish grin. He was visiting Bombay from New York, circa 1997, during a break from his studies at the Stevens Institute of Technology. He was pursuing a degree in Computer Science.

He asked me what I wanted to be when I grew up.

All eight years of listening to the repartee between my siblings must have left its impression on me. Let’s see if he could guess that the “C.” really meant computer. It might be too tricky. Maybe I was just living up to my name.

He looked at me perplexed, at first. Then, knowingly.

“Oh! A sea scientist? Like a marine biologist” he said, nodding his head in approval.

He proceeded to talk about something. My memory of the rest of that conversation is fuzzy — I must have been too busy parsing the words “marine biologist”.

“Yeah…” I thought, “maybe I do want to be a marine biologist.”

That’s not how the story unfolded, though. At the age of 8, I hadn’t given much thought to “what I wanted to be when I grew up”. I had some vague (possibly implanted) notions of wanting to be some kind of “scientist.” I would sometimes mix together various household concoctions (perfumes and cleaning agents, I think) to see if I could create some kind of super chemical. But, I didn’t really have much clarity on “what I wanted to do” until well later — you know, until about a day before I started writing this.

Okay, I may have had some direction before that. The first little bit of it came after my family moved from Bombay to Atlanta in 1998.

Middle school in a largely white southern suburb as a brown kid with an Indian accent was not a recipe for making a lot of friends, especially after the events of 9/11. I had a few great friends of course — some of whom are still my close friends today. But, in general, I shied away from socializing. It just wasn’t pleasant.

Instead, I made friends online. The internet, for me, played a big role in how I learned how to connect with people. I joined a number of pseudonymous online forums that centered around my interests at the time — sports, Japanese animation and video games. The communities I joined brought together hundreds of people ranging from the young and impressionable (me) to the geeky (also me) and skilled (decidedly not me). I would spend hours on these communities, reading, socializing, learning. In those formative years, much of what I learned about the world and what I wantedto learn about the world came from this eclectic mix of Internet friends.

It is in these communities that I first discovered my “why”. I wanted to learn how to go from participant to administrator, to go from user to maker. I wanted to create the technologies from which I derived so much enjoyment.

So, I taught myself how to “code”. It started with an online roleplaying forum that I founded: the “YugiDueler’s RPG.” In a stroke of good fortune, I created one of the first online RPG forums dedicated to the Yu-Gi-Oh! anime, just before it gained widespread popularity in the U.S. In designing this discussion forum with a co-conspirator, I learned about HTML, CSS and Photoshop. If only you could have seen the look on my face when I learned that I could make the underline under a link disappear. I spent hours tweaking stylesheets. And, I did it live! To me, there was no such thing as “debug” or “development” mode — everything was production.

At the height of its popularity, the “YugiDueler’s RPG” had several thousand members and amassed over 2.5 million visits. Fueled by this ephemeral success, I wanted more.

I wanted to make my own website from scratch: The Anime Files (cue X-files music). Prescient as I was, I knew the Internet needed another website about anime. So, I bought a domain name, paid a web host, spooled up www.w3schools.com and got to work. In accordance with the (lack of) design sensibilities in the age of customizable MySpace profiles, I really explored the range of HTML and CSS. Auto-playing background music, marquee and blink tags, custom scrollbars, motion-blurred cursors. I even created a helpful page for the many advertisers who would undoubtedly want a piece of the action — complete with prices and a money back guarantee.

I remember showing The Anime Files to my brother, Sunny, one day. He was amazed, and asked me how I did it. I smirked. That day, I realized I was on to something: I knew how to do things that people liked and that not everyone knew how to do.

By the time I got to high school, I knew at least this: I liked computers, I liked programming and I had to figure out how to use my free electives. So, I would take every computer course available — and I was very fortunate that my high school was one of the few that offered so many. Through courses that taught me Visual Basic, Java and basic C, high school is when my interest and skill set in computing flourished. It was in those years that I came to realize just how powerful and universally useful were computers and computational thinking. When I learned about recursion, life was never the same. The Tower of Hanoi got nothing on recursion.

I take a perverse sense of pride that I enrolled as a Computer Science major in 2006, during the trough of Computer Science enrollment across the country. The dot-com bubble burst hit computing hard. During my orientation at the Georgia Tech College of Computing, the Associate Dean had to tell worried parents that the field was, in fact, not dead and that there would soon be a resurgence. I needed no convincing. “I’m not a fair-weather Computer Scientist!” I thought.

So, imagine my surprise when, just a few weeks into my freshman year, I realized that computing was neither enough nor the point.

As a freshmen at Georgia Tech in 2006, I was exposed to the idea of human-computer interaction. Georgia Tech was one of the first schools to embody the idea, in its undergraduate curriculum, that computing is not just about twiddling bits or clever algorithms. Rather, through its “threads” initiative, Georgia Tech’s College of Computing put out a strong message that computing is a tool that is applicable to just about everything.

Threads are specializations in different application areas of Computer Science: for example, embedded systems (e.g., computing embedded in physical systems), media (e.g., computer graphics, games), machine intelligence, etc. The thread that truly made me think was “people”: “where computing meets its users”. Everything I wanted to do with computing, I reflected, was not actually about computing. It was about using computing to create new, better and engaging experiences for the people that used the systems I made.

It was tough selecting just two threads in which to specialize. I ended up picking media and intelligence. Those two threads neatly packaged the engineering skillets I desired. The people thread, however, inspired me to engage in research. Throughout my time at Georgia Tech, I participated in research in the School of Interactive Computing.

I first worked with Steven Dow, then a graduate student working with Blair MacIntyre, on creating novel Augmented Reality experiences for “Second Life”, a programmable virtual world in which each user embodies an avatar. Later, I worked with Mark Riedl on creating and evaluating a system that used genetic algorithms to procedurally generate game worlds tailored to player preferences.

Research was exciting. It was a way I could make the sci-fi books I read and movies I watched closer to reality than fiction. And it was a way to use the structured, theoretical knowledge I gained in the classroom in the context of an open, unsolved problem.

By the end of my time at Georgia Tech, I was sure I wanted to do research for a living. Upon graduation, I had job offers. Job offers that would have made me a lot of money. But, I turned them all down for science.

Instead, I went to grad school: this time, to specialize in “people”, or human-computer interaction. So, I joined one of the only departments in the world that specialized in HCI: Carnegie Mellon University’s Human-Computer Interaction Institute.

Of course, grad school is a very different sort of beast. All that clarity I had acquired through careful, meticulous planning and years of work during my time as an undergraduate dissipated in about…three weeks.

Research is exciting and idealized from 10,000 feet above ground. It is messy when you’re on the ground and leading the expedition.

My experience at CMU began with apparent clarity. I was going to work with Jason Hong and make cool, new interactive systems for privacy and security — a domain that I believed especially needed more HCI effort.

That clarity, though, was followed by an abrupt realization that research isn’t so easy. As it turns out, making privacy and security more “usable” is very hard. It’s one thing to recognize a problem. It’s another to be able to intelligently engage with that problem.

The key theme: computing, alone, is not enough. What’s needed is a deeper understanding of human behavior and motivation, the design sensibilities to translate those behavioral models into ideas for potentially preferred technologies, and then the computing and engineering skillets to implement those technologies.

Developing the cross-cutting ability and taste to create useful, usable and interactive security and privacy systems takes time, effort and, more importantly, collaboration. Throughout my Ph.D., I have been very fortunate to work with some the brightest minds in Usable Privacy and Security, HCI, Design, Data Science and Social Psychology. With the guidance of these friends and mentors, I can finally say that I have made some headway. The six years leading to this point have been difficult, but also intensely fun and enlightening. I am eternally grateful to everyone who has fueled and supported my growth in this journey.

Now, I have a Ph.D. I’m some kind of scientist. Maybe even a C. scientist.

What am I going to be now that I’m grown up?

I am lucky. I have had many experiences exposing me to a variety of possible career paths: I’ve worked at a start-up; I’ve interned with Facebook, Google and Microsoft Research; I was also afforded an opportunity to explore the academic life in Japan as an NSF EASPI fellow.

Those experiences were all wonderful. So, when it came time for me to consciously think about my future, I was puzzled. What did I want to do after the Ph.D.? I even wrote a four part blog post to solidify my thoughts on the matter. But, as I got closer to graduating, I felt increasingly certain that I wanted to be a professor.

Here’s what I knew going into the academic job search. If you want to be a professor, you should not have a strong preference for where you want to end up. There are simply too many variables you cannot control: for example, which departments are hiring, what they’re looking for, why they’re looking to hire. You may be a stellar candidate in field X and not even get an interview at your dream school because they’re only hiring in field Y. The best piece of advice I got on the academic job search was to divorce my ego from the process.

In other words, if you have a specific preference for where you want to end up, the odds are not in your favor and you are likely to be disappointed.

Knowing this, I still had some strong preferences.

I am thrilled to announce that, in January 2018, I am starting as a tenure-track Assistant Professor at Georgia Tech’s School of Interactive Computing.

To my friends and family in Atlanta: Sorry I’ve been gone so long. I’m coming home